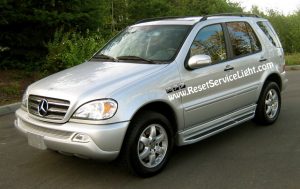 At the beginning, you need to open the back door and go to the damaged tail light bulb. There are two bolts holding the tail light assembly in place, as indicated in the next picture. 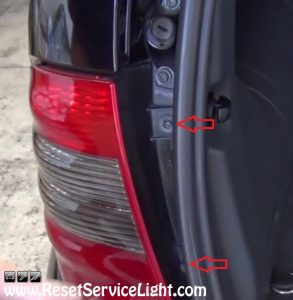 You can remove them using the 10 mm screwdriver. Now, you can easily detach the assembly by pulling it towards you. It will get out quite easily. You will notice that the tail light only holds in two harnesses, shown in the next image. Unplug these wires and remove the assembly. 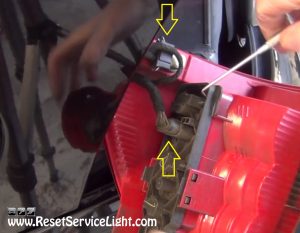 In order to service the bulbs, you just have to remove the black bulb panel, by pressing the safety tabs using a small flat blade screwdriver or another sharp tool. Keep in mind not to touch the surface of the replacement bulb because you can shorter its lifetime. Replace the damaged bulb and then put everything back together as it should be. This is what you need to do, in order to replace the tail light bulbs on your Mercedes Benz ML 500 manufactured between the years 1998 and 2005.