DIY, replace the window switch on the passenger’s side on your Chevrolet Silverado, the model produced between 2007 and 2013. You will need a flat headed screwdriver, a 10 mm socket wrench and a new module switch from your parts store. If you find it useful, you can use a rag to wrap the tip of the screwdriver or a prying tool, in order to protect the plastic parts on the door. This simple repair should not take you more than 15 minutes. 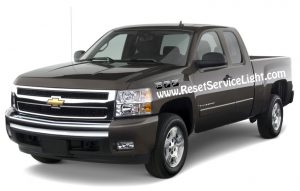 In the beginning, open the door on the passenger’s side and pry out the plastic cover of the big door handle, in front of the switch panel. Insert the flat head screwdriver on the bottom extremity, as shown in the picture below. Pop it up step by step and then remove it. This cover will reveal two 10 mm bolts that you will have to unscrew next, using an appropriate socket wrench. After you do it, remove the door handle completely. 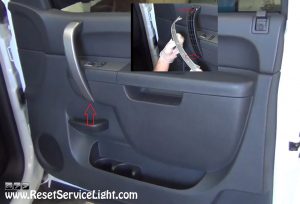 At this point you can basically pry out the window switch panel. Insert the screwdriver or the prying tool on the bottom side, as shown in the next image and detach the panel. Unplug the electrical harnesses that power it up and remove the entire module. 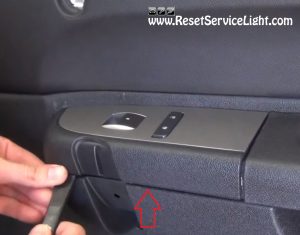 After that, you can simply install the new module. Connect back the two harnesses and install the assembly into the door panel. Just press it inside until it is secured. Reinstall the door handle and its cover and you are done. These are the steps you need to follow, in order to replace the window switch on the passenger’s side on your Chevrolet Silverado, made between 2007 and 2013.