You can start by prying out the window switch panel on the door using a small flat headed screwdriver. You should insert the tip of the screwdriver as in the image below. 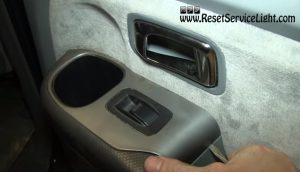 After you remove the switch, you will have to disconnect a harness behind it and unscrew a Phillips bolt using the screwdriver. Next, you have to remove a plastic cover located in the small door handle. It will uncover another two Phillips screws, as shown in the next picture. Unscrew them and after that, take off the door handle. Be careful when you detach the rod behind it. It is held by a plastic safety that you will have to rotate/remove using the flat screwdriver. 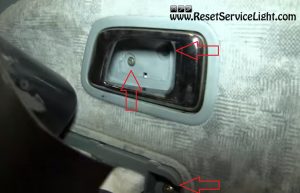 Now, before removing the door panel, you will have to unscrew the last Phillips screw that holds it, which is located down on the panel, on the bottom side of the big door handle (see next image). 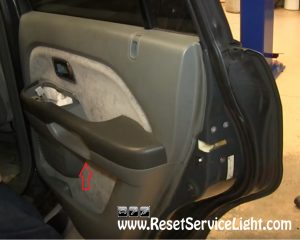 At this point you are able to detach the rear door panel. It has a series of clips that hold it. Pull the panel firmly towards you from the bottom and it will come out. After you finish all the repairs needed, install carefully everything back as it should be. This is all you need to know in order to remove the rear door panel on your Honda Pilot made between 2003 and 2008.