Do it yourself, remove and replace the dome light assembly on your Ford Ranger made in 2001. The replacement process should be the same on models produced between the years 1998 to 2003. The repair will require a flat blade screwdriver, a Phillips screwdriver and about 15 minutes of your time. You might want to make such a replacement if the cover of the dome light got yellow with old age or the chrome coating on the inside faded, cracked or lost its reflectiveness. 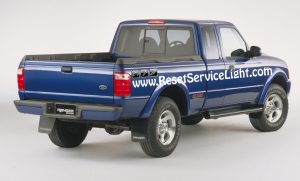 In the first step of the repair, using a small flat headed screwdriver, pry down on the dome light, as shown in the image below. 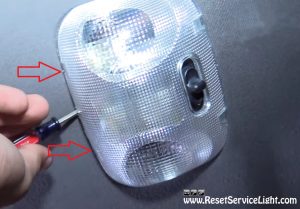 Now reach your fingers behind the lens and pull down to release the hooks of the lens cover. After you remove the dome light cover you will notice three Phillips screws, as shown in the picture below. Remove them using an appropriate tool and detach the entire assembly. 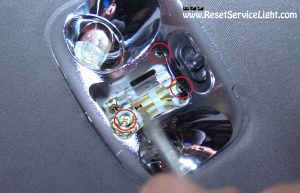 It is now the time to install the replacement assembly. To make it possible, buy a compatible new piece from your local hardware store, align properly the assembly on the ceiling and tighten the three bolts. At the end, install the cover, pressing on the front side first (the side with the hooks) and then snapping the rear, and you are done. These are the simple steps you need to follow if you want to remove and replace the dome light assembly on your Ford Ranger, made between the years 1998 and 2003.