Do it yourself, replace the brake light switch on your Seat Cordoba, made in the year 2004. The replacement procedure is similar on Seat Ibiza and in some other car models made by Volkswagen. You can make this repair easily, in less than 10 minutes, using only a T20 torx driver. 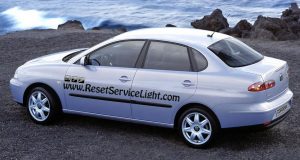 You can start by opening the driver’s door. Then get underneath the steering-wheel and remove three torx screws that hold a plastic cover (we marked one of the screws in the picture below, the one located to the left, to the exterior of the car). After you do it, you can release the plastic cover, thus giving you access to the brake light switch. 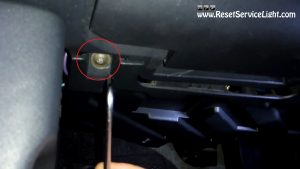 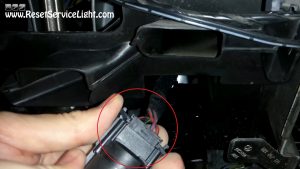 At this point, you can install the new switch, connect back its harness, align it properly, as the old one and then turn it clockwise, to secure it. In the end, just reinstall the plastic cover and tighten those three torx screws. This is all you need to know and do, if you wish to replace the brake light switch on your Seat Cordoba, produced in the year 2004. You can watch the video tutorial below for a detailed presentation of the replacement.