Do it yourself, remove and replace the front door panel on the driver’s side of your Chevy S10 Blazer, produced between the years 1995 and 2005. To make this repair you will need a flat blade screwdriver, a Phillips screwdriver, a 7 mm socket wrench with an extension and a putty knife. Removing and replacing the door panel might take you more than half an hour.

You can start the repair by opening the front door of your car, on the driver’s side. You have to pry out the switch panel using a flat blade screwdriver wrapped in a rag, inserted as shown in the picture below. Pop up the switch and then unplug the four connectors that power it up. 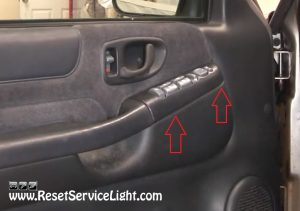 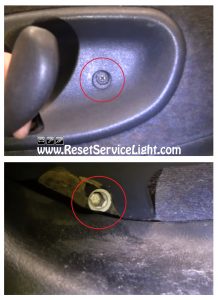