Do it yourself, remove the front door panel of your Chrysler Town and Country. This procedure is similar for models manufactured in the years 2004, 2005, 2006 and 2007. You will require a flat blade screwdriver, a Phillips screwdriver, a putty knife and probably, about 20 minutes of your time. 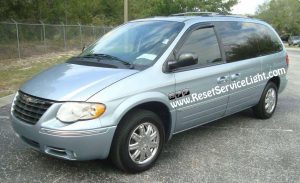 Start the removal process after you open the front door. We show you how to do it on the driver’s side, but the procedure is the same for the passenger’s side. So, using the tip of a flat blade screwdriver, pry out the window switch and after you lift it up, unplug the big connector beneath it (see below images). Be careful, don’t try to force it somehow. Release the red securing tab first and afterwards pull on it firmly. 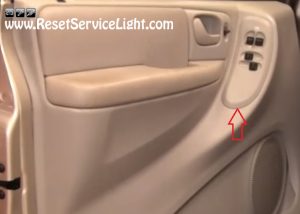 After you do it, work to remove the two Phillips screws that secure the panel. As you can see in the picture below, one of them is located behind the door handle and the other one, at the bottom of the door pull. 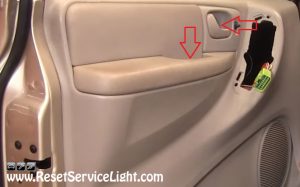 Once you get rid of the retainers, use a putty knife on the edges of the door panel and pry it out little by little, until you release it from the door frame. Behind it, you will notice two cables, as you can see below. One of them is the cable that powers the door lock switch and the other one is the door lock rod. Remove them and release the door panel. 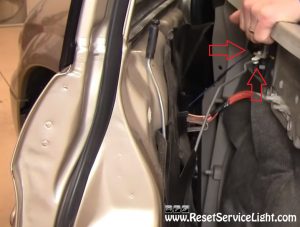 Now you can make the repairs needed and after that you can install the panel back, reversing the steps above. This is all you need to do, if you wish to remove the front door panel on your Chrysler Town and Country, the model produced between the years 2004 and 2007.