Do it yourself, remove the front door panel on your Chevy Equinox, produced in the years 2005, 2006, 2007, 2008 and 2009. You will need a flat blade screwdriver, a Phillips screwdriver, a 10 mm socket with a ratchet and extension and a putty knife. The process is not that difficult, but simply removing the panel will probably take you more than 20 minutes. 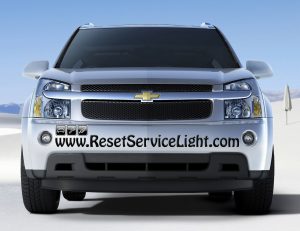 So, with the front door open, start by removing a Phillips screw located inside the small door handle. By doing that, you will be able to pry out the bezel around the handle, using the tip of a flat headed screwdriver. Next, you can pry out the triangle shaped cover behind the mirror, using your fingers. You can remove it completely by unplugging the connector behind it, or you can leave it hanging there, if you want. 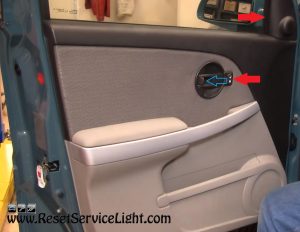 Then, move to the arm pull and pry out slowly the long plastic cover on the middle, using the flat blade screwdriver. After you remove it away, you will notice two holes in the arm pull, in which you will find two 10 mm bolts (see picture below). Remove them with the appropriate socket wrench and you can work to detach the door panel. 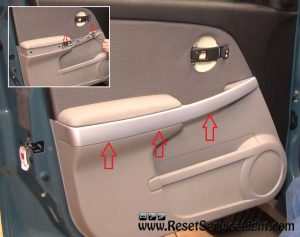 To do that, you can use a putty knife on the edges of the panel to pry out its clips one by one, until the panel is released. Pull it away, to be able to make the desired repairs or replacements on the door parts and mechanisms. In order to put back the panel, reverse the steps above and that should be it. This is all you need to do, if you plan to remove and reinstall the front door panel on your Chevy Equinox, the model made between the years 2005 and 2009.