DIY, remove the front door interior panel on the driver’s side of your Ford Ranger, the model made in 2001. The repair process is quite simple. You can do it in about 20 minutes, with a flat headed screwdriver and a Phillips screwdriver. 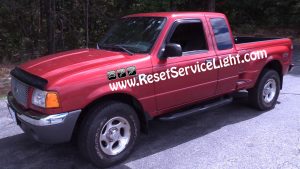 First of all, open the driver’s door and, using the Phillips screwdriver, remove two screws located behind the main door handle, as shown in the picture below. 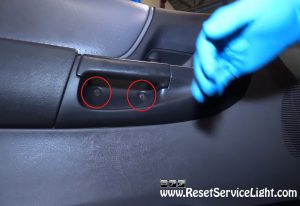 This will release the plastic panel of the door handle and the window switch module. Detach it with your hand and unplug the electrical connectors using a flat blade screwdriver. Be careful, because the one in the middle has two small Phillips screws that you must remove first (see detailed images below). 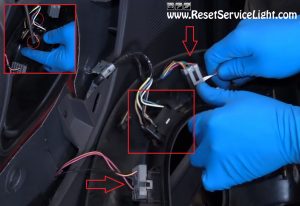 Now you can unscrew the last two bolts using the same Phillips screwdriver. One of them is in the upper part of the door (uncovered by the plastic panel you just removed) and the other one is down, on the left extremity (see image below). 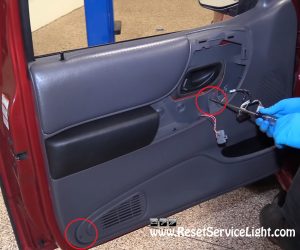 At this point you can simply lift up the front panel of the door and remove it from the vehicle. It has a series of plastic hooks behind. Remember about them when you reinstall the panel. Align the panel properly and hook it back on the door frame. Pay attention to the electrical wires and the door lock, so they are through their wholes on the panel. Secure everything with the two screws and install the small plastic panel of the main door handle (do not forget about the electrical connectors). These are the steps you need to follow in order to remove the front door panel on your Ford Ranger 2001.