DIY, remove and reinstall the door panel on your Ford Ranger, if you have the model produced between the years 1993 and 1997. This tutorial is for the models with manual windows and no power locks. In this particular case, you will require a flat blade screwdriver, a Phillips screwdriver and a T20 torx driver. Just the processes of removing and reinstalling the door panel will probably take you about half an hour, if you follow the next steps. 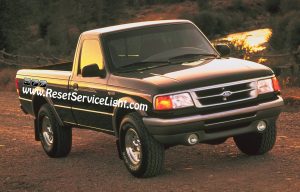 You can start by removing the window crank door handle. First, you will have to pry it out using the tip of a flat blade screwdriver inserted behind it. This will release some king of a bezel and behind it a T20 torx screw that once removed, will allow you to pull out the crank (you can see details in the pictures below). After you do it, move to the door pull and remove the two Phillips screws behind it. By doing that, you will be able to pull out the entire trim panel behind the door handle. 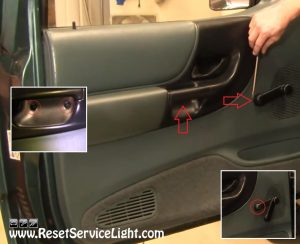 Behind that panel you will notice a small Phillips screwdriver, as you can see in the image below. Remove it and then go at the bottom of your door panel, to the exterior and remove another Phillips screw. 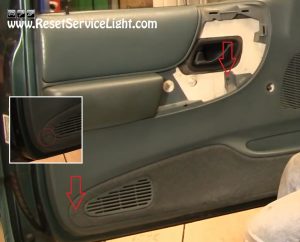 This is the moment when you can lift up and remove the door panel. Make the repairs or the desired replacements and reinstall the panel reversing the steps above. This is all you need to do, if you wish to remove by yourself the door panel on Ford Ranger, the model with manual windows, made between the years 1993 and 1997.