Do it yourself, change the turn signal switch on your Honda Accord, the model produced between the years 1990 and 1995. You will require a replacement part from your auto parts store, a Phillips screwdriver and a flat headed screwdriver. The replacement might take you about 20 minutes, but it’s quite easy, if you follow the steps below.

First of all, you should disconnect the negative battery terminal with a 10 mm wrench or some other appropriate tool. After that, go underneath the steering-wheel and remove the three Phillips screws that hold the steering column trim. One is located above the steering adjust lever, the second one above the ignition switch and the third down, in the middle, as seen in the picture below. 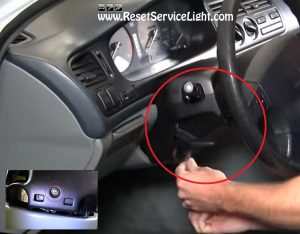 Once you have those screws removed, just pull the plastic panel apart. Remove both the upper cover and the bottom one, in order to access the turn signal switch.To remove and replace it, you will have to undo the two small Phillips screws that hold it, as you can see in the image below. 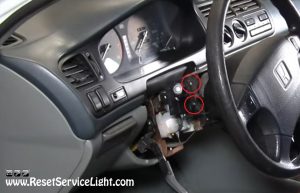 After you do it, you can pull out the switch from the bezel. If you find it difficult, aid yourself with a flat headed screwdriver. After you pull it out, you will notice it’s electrical connector, that you’ll have to unplug. Make the replacement, connect the new switch and secure it with those tiny screws. After that, reinstall the plastic cover and you are ready to go. These are the simple steps you need to follow, in order to remove and replace the turn signal switch on your Honda Accord, the model made between the years 1990 and 1995.