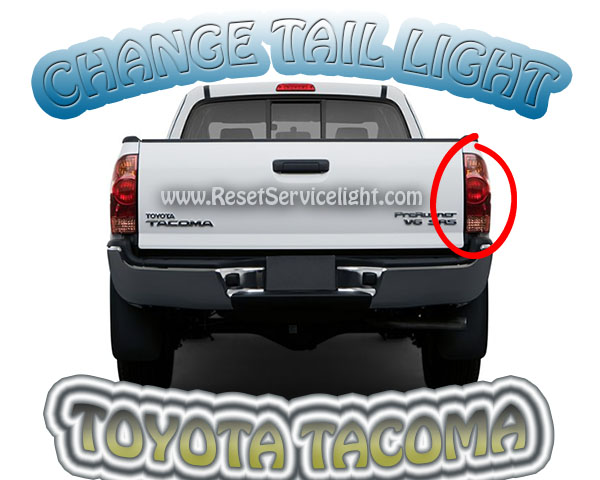 In the beginning, you need to open the back door of your trunk and look on the right side, near the tail light, after two bolts (marked in the picture below). These are the screws that actually hold the tail light assembly. You should unscrew them without much effort, using a 10 mm socket wrench. 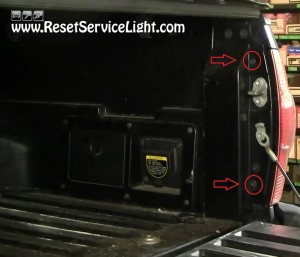 At this point you can basically detach the assembly by pulling it towards you. The piece will eventually slip out if you move it slowly to the right and then to the left, if you pull it from the upper side and then from the lower side. You will notice that the tail light only holds in an electrical harness, as shown below. After you remove it, you are done. 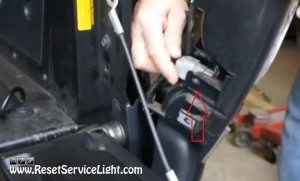 If you just need to service a light bulb, you have to rotate its plastic socket counterclockwise. As always, keep in mind not to touch the surface of the light bulb because you can shorter its lifetime. After you finish all the repairs, make sure you put everything back together as it should be and remember not to over tight the bolts of the tail light, as you might brake the plastics. This is all you need to do, in order to change the tail light on a Toyota Tacoma 2008.