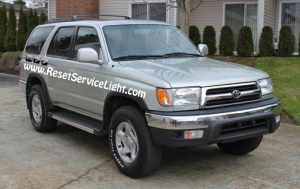 At first, open the back door of your car and look on the left side, near the tail light, after two mounting bolts (marked with red circles in the picture below). These 10 mm bolts hold in place the tail light assembly. You can remove them using the socket wrench. 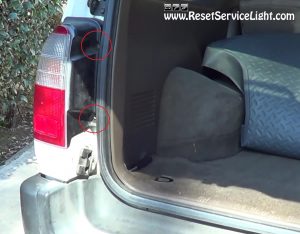 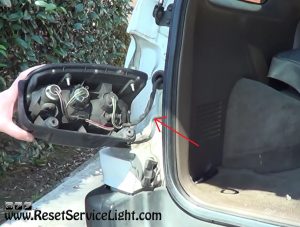 Now is the time to service the light bulbs if needed. Be careful not to touch the glass surface of the replacement light bulbs if you do it. Finish the repair by installing the bulbs back into their sockets and by mounting back the tail light assembly on the frame of the car. Secure it with the two bolts and you are done. This is all you have to do, in order to change the tail light assembly on your Toyota 4Runner, produced between the years 1996 and 2002.