Do it yourself, change the tail light assembly on your Toyota Corolla, made between the years 2003 and 2008. This is an easy repair, that you can make in less than 20 minutes, using a flat blade screwdriver and a 10 mm socket wrench. 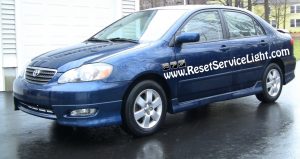 You can start by opening the trunk and by removing the plastic thumb screw indicated in the image below. It holds that part of insulation that covers your trunk behind the tail light you wish to replace. Note that, if you just need to service the bulbs, there is no need to remove the insulation. There you just have to remove the square cover behind the tail light and you’ll get access to the bulbs. 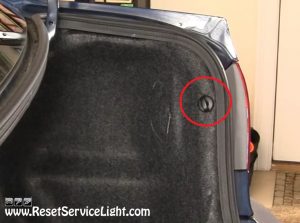 By removing the thumb screw, you will get full access to the back of the tail light assembly. You just have to unplug the electrical harness marked with the blue arrow in the picture below and remove the three 10 mm nuts that hold the assembly. 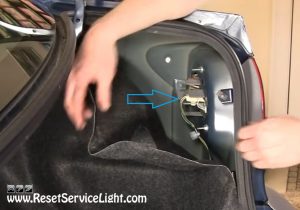 At this point you can simply pull out the old tail light and install a new, compatible one. Align it correctly, push it in place and secure it with the three nuts. After that, you just have to reconnect the electrical wire and cover it with the insulation. These are the steps you need to follow if you wish to remove and replace by yourself the tail light assembly on Toyota Corolla, produced between the years 2003 and 2008.