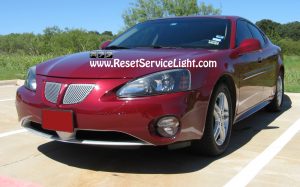 First, you have to open the trunk of your car and look inside. You should be able to locate very easily the plastic thumb screw marked with the red circle in the picture below. It actually holds your tail light along with other two similar screws we will show you next. 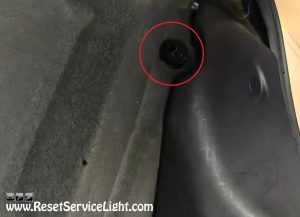 Unbolt that plastic screw and then try to move the insulation away, in order to get access to the other two screws, as you can see in the next image. 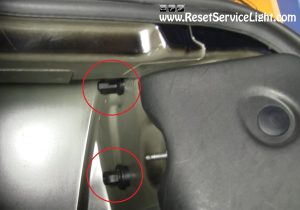 After you remove those too, the tail light assembly will simply come out. Behind it you will notice the electrical harnesses that power up the bulbs. In order to separate the tail light from the car, you can unplug the harness indicated below. 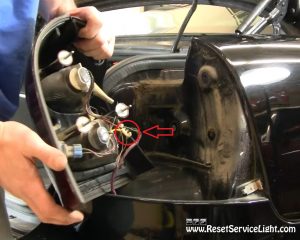 At this point, if you just need to service the light bulbs, twist their sockets counterclockwise and replace them. After you finish all the repairs, plug back the electrical wire onto the new tail light assembly, align the mounting studs into their wholes and secure it with the plastic screws. This is all you need to do, if you wish to change the tail light on your Pontiac Grand Prix, produced between the years 2004 and 2008.