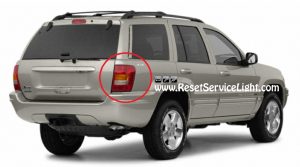 First of all, you have to open the back door of your car and locate the two Phillips mounting screws that hold your tail light. We marked their position with red circles in the image below. You can remove them very easily using the screwdriver. 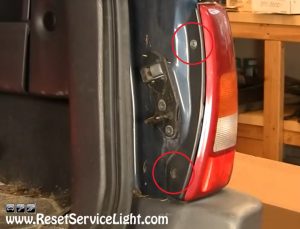 After you do it, you will be able to detach the assembly by pulling it easily towards you. To remove the assembly completely, you will have to unplug the electrical connector shown in the next picture. 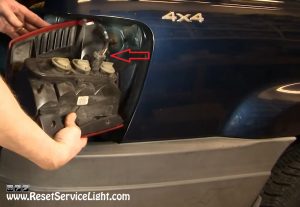 If needed, you can also service the light bulbs at this moment, by turning their sockets counterclockwise. If the replacements are halogens, you should avoid touching their glass surface, because you can shorter their lifetime. After you finish replacing the bulbs, you can install the new tail light assembly. Plug back the electrical connector, align the assembly with the metal mounting pin oriented correctly and secure everything with the two screws. These are the steps you need to follow, if you wish to change the tail light assembly on your Jeep Grand Cherokee, produced between the years 1999 and 2004.