Do it yourself, change the tail light assembly on your Dodge Ram, the model made between the years 1994 and 2001. You will require a T25 torx driver and probably less than 15 minutes, because this repair is quite simple.

You can start the replacement by opening the tail gate of your car. You will have to remove the two screws marked with red circles in the picture below. They hold and secure the tail light attached to the body of the car. 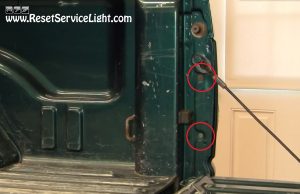 After you undo those screws, you will be able to simply pull out the tail light assembly, revealing two electrical harnesses that power up the bulbs (see image below). This is the moment when you can service these light bulbs if it’s necessary, by twisting their sockets counterclockwise. 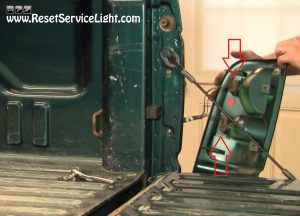 You should connect the light bulbs to the new tail light, then insert it into its place into the body of the car, helped by two guiding pins and in the end, secure it with the two screws. These are the simple steps you need to follow, if you plan to remove and replace the tail light assembly on your Dodge Ram, the model produced between the years 1994 and 2001.