Do it yourself, change the orange side marker light assembly on your Chevy Camaro IROC-Z. The repair process is similar on Chevy Camaro and Pontiac Firebird models, made from 1982 to 1992. This replacement is very easy, it can be done in less than 10 minutes and it doesn’t require tools.

First of all, you will have to open the hood of the car, because you need to access the back of the side marker and you can do it only from the inside of the fender. So, you will notice the electrical connector and the socket of the bulb, as you can see below. If you are looking to service the light bulb, you just have to twist its socket counterclockwise and pull it out. 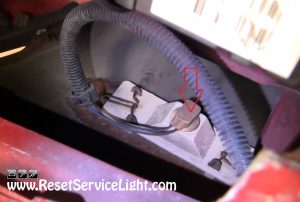 If you need to replace the assembly, remove the bulb and lift the two wire hooks, in order to be able to pull them out. After you get rid of the two hooks (see picture below), pull out the side marker assembly and replace it with a new one. 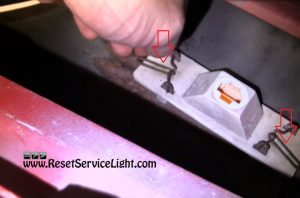 Now it is the moment to install the new side marker. You just have to insert it in its place, into the fender and secure it with the two wire hooks. After that, reinstall the light bulb and you should be ready to go. These are the steps you need to follow, if you wish to remove and replace the orange side marker light on your Chevy Camaro IROC-Z.