Do it yourself, change the side marker light assembly on your Cadillac DeVille, the model made between the years 1997 and 1999. You will require a 7 mm socket wrench, with a ratchet and an extension and about 15 minutes of your time.

This particular replacement is quite easy. You should first open the hood of the car and remove the plastic cover shown in the image below. It is located above the headlight assembly and you must remove it, in order to get access to the bolt holding the side marker. 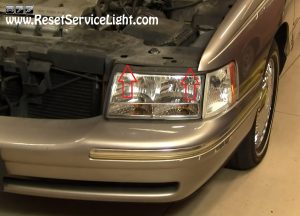 So, take that cover away and then remove the 7 mm bolt shown below, using an appropriate socket wrench, with a ratchet and an extension. After you do it, you can just pull out the assembly and unplug the harnesses behind it, that power up the light bulbs. 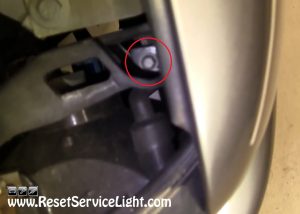 The bulbs can be removed by twisting their sockets counterclockwise. At this point you can install the replacement side marker. Connect its bulbs and insert it into the body of the car. At the end, secure it with the 7 mm bolt and put the plastic cover above it. This is all you need to do, if you plan to change the side marker assembly on your Cadillac DeVille, the model produced between the years 1997 and 1999.