Do it yourself, remove and replace the rear hatch lift support struts on your Chevy Camaro IROC-Z. The repair process should be similar on models produced between the years 1982 and 1992. This replacement is quite simple, it will require a T50 torx driver, an 8 mm wrench or a socket with a ratchet and about 20 minutes of your time, if you replace them both.

In the beginning, you should open the rear hatch of your car and go to the strut you wish to replace. First, you will have to disconnect the two electrical wires attached to it, one on the upper side and the other one at the bottom (see image below). That’s because the strut is actually used to conduct electricity to the rear window defroster. 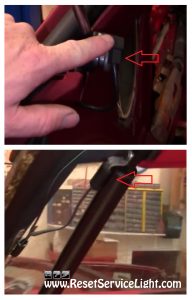 After you unplug the wires, you will have to remove the 8 mm bolt that secure the strut on the upper side and the retainer on the bottom, with a T50 torx driver (see picture below). We recommend you to start with the bottom one and to secure the rear hatch with a prop, in order to avoid accidents. 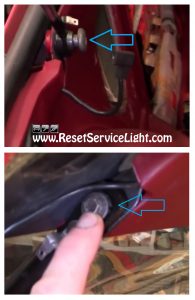 After you get rid of the retainers, you will have to pull out the old strut and replace it with a new one. Reinstalling is easy. Secure the new strut on the upper side first and then on the bottom and reconnect the wires on it. The replacement on the other strut is identical. These are the simple steps you have to follow, If you wish to remove and replace the rear hatch support struts on your Chevy Camaro IROC-Z.