Do it yourself, remove and replace the rear door lift support struts on your Chevy Venture, made between the years 1997 and 2005. This replacement is very simple, but it requires attention and some safety measures. The best way to do it is with help from a second person. If not, you have to make sure the rear door is well supported by a piece of wood, or something similar. The tools you’ll need to make this repair are a flat blade screwdriver and a T30 torx bit. You can make it in less than 20 minutes, if you change only one of the struts. 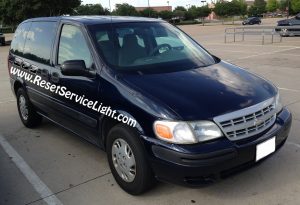 In the beginning, open the rear door of your car and go to the tail light beneath the strut you wish to replace. You must remove the lens first, by undoing the two screws shown in the picture below. They are T30 torx screws. 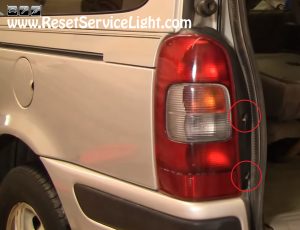 After you remove those screws, you can pull out the tail light assembly. This will give you access to the bottom side of the strut. In order to detach the lift support strut, you just have to pry out and remove the metal safeties shown in the image below and then you can pull it out. 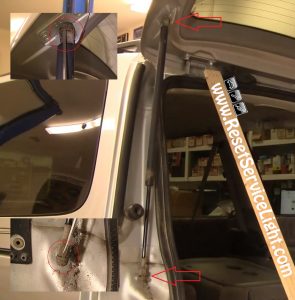 Reinstalling is simple as well. First, you have to push in the bottom side of the strut and then the upper side and of course, reinstall and secure the tail light. These are the simple steps you need to follow, in order to remove and replace the rear door support struts on your Chevy Venture, the model manufactured between the years 1997 and 2005.