Do it yourself, change the master window switch on your Chevrolet S10 Blazer, the model produced between the years 1995 and 2004. You will only need a flat headed screwdriver and of course, a new switch from your local parts store. This repair is very simple and you can do it in less than 15 minutes.

In the beginning of the repair you have to open the door on the driver’s side and basically pry out the switch panel. You can insert a flat blade screwdriver on the right extremity of the switch, to the interior of the car, as seen in the image below. Pop it up little by little and then release it from the door panel. If you wish to protect the plastics on the door, you can use a rag wrapped on the tip of the screwdriver. 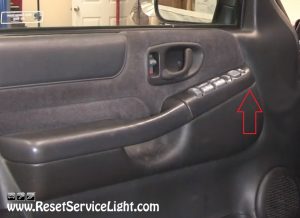 After you detach the assembly, you will have to unplug the harnesses behind it, as seen in the next picture. If you find it difficult to disconnect them, you can use the flat blade screwdriver for help. 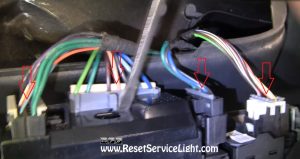 After you remove all the connectors, you will be able to replace the old switch with a new one. Connect the new part to the four electrical harnesses and install it into the door panel. These are the steps you need to follow, if you wish to replace the master window switch on your Chevy S10 Blazer, manufactured between the years 1995 and 2004.