Do it yourself, change the hood latch assembly on your Dodge Ram 1500, the model manufactured between the years 2002 and 2008. To be able to make the repair, you will need a 10 mm socket wrench, a flat blade screwdriver and a new hood latch assembly. The replacement is very simple and you can do it in less than 15 minutes.

First of all, lift the hood of your car and loosen the cable of the latch using a flat blade screwdriver. Insert it behind the cable and pry out, towards you, to the exterior, as seen below. 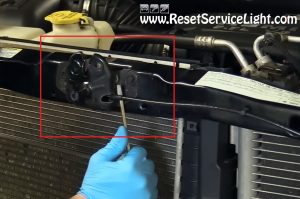 After that, you just have to remove the two bolts that hold the hood latch assembly, using a 10 mm socket wrench or a simple wrench of the same size. We marked below the position of these bolts. 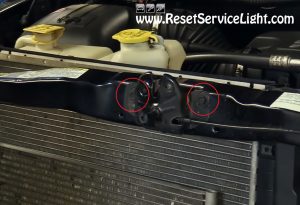 With the screws removed, pull out the latch assembly, flip it over and release its cable completely. You can do it very easily by pushing the spring you see in the next image. 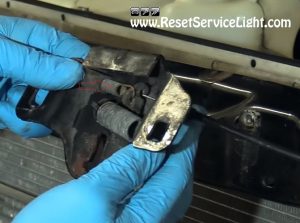 Now you can basically install the replacement. Attach the cable first. Then, position the new hood latch as the old one and secure it with the two 10 mm bolts. The last thing you have to do is to push the cable back in, using the flat headed screwdriver. Check the mechanism if operates properly and that’s it. This is all you have to do, if you wish to remove and replace the hood latch assembly on your Dodge Ram 1500, produced between the years 2002 and 2008.