DIY, change the headlight assembly on your Chevy S10 Blazer, the model produced between the years 1998 and 2005. You will not require tools for this replacement, maybe only a Phillips screwdriver to adjust the new lens. The repair is simple and you can do it in less than 20 minutes.

In the beginning, you have to open the hood of your car, go to the headlight assembly that needs repairs and remove the two metal securing tabs shown in the next image. You can do that very easily by hand or if you find it difficult, using a pair of pliers. Just be careful not to drop them into the engine compartment. 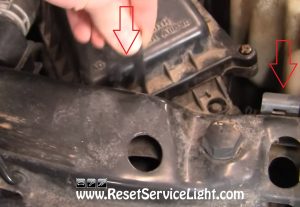 Now, by detaching those tabs you will release the headlight assembly from the body of the car. Pull it out some and disconnect the three harnesses behind it, that power up the light bulbs (as seen in the picture below). You can service the light bulbs by twisting their sockets counterclockwise. 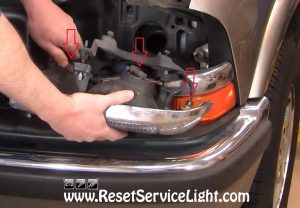 At this point, you can install the replacement headlight. Be careful though, because it has an adjustment system behind it. We recommend you to copy the distances from the old assembly first and after you plug the wires and install the new one into the body of the car, before you secure it with the tabs, you can make additional adjustments with a Phillips screwdriver. This is all you have to do, if you wish to remove and replace the headlight assembly on your Chevy S10 Blazer, made between the years 1998 and 2005.