Do it yourself, change the glass of the side mirror on your Volkswagen Jetta GLI, the model made in the years 2005, 2006, 2007, 2008, 2009, 2010 and 2011. You can make this replacement very easily, in less than 10 minutes, using your bare hands. In some cases, if the glass is broken or slightly damaged, you might require hand gloves and a flat blade screwdriver. 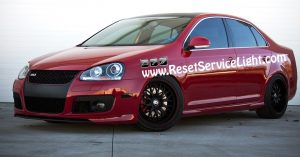 You will start the repair by removing the old glass. If its damaged, we strongly recommend you to wear hand gloves or use a screwdriver. The broken glass can cut you. If the mirror is intact, you just have to insert your fingers behind it, as you can see in the picture below, and pry it out. 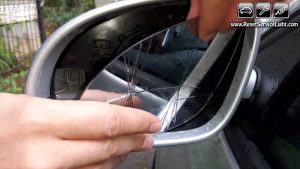 You won’t be able to remove the glass until you unplug the two wires behind it, as seen in the next image. They are used for heating and defrosting the mirror. 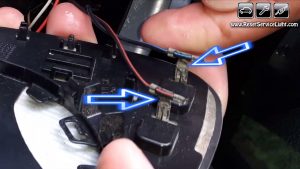 After you do it, you can basically install the new glass. Plug back those wires and align the glass on the plastic support on the mirror, the same as the old one. Push it with your fingers until it is secured. These are the steps you need to follow, if you want to change by yourself the glass of the side mirror on VW Jetta GLI, the model produced between the years 2005 and 2011. The video tutorial below shows a more detailed presentation of this replacement.