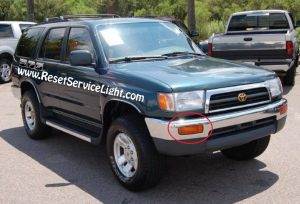 In the beginning, go to the front bumper and, using the Phillips screwdriver, remove the two screws that hold the turn signal assembly, as shown in the image below. 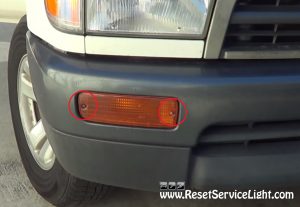 After you remove the two screws you will be able to pull the whole assembly out. The last step you need to do is to unplug the wiring harness shown in the next picture. You can do it by pressing the little securing tab using your fingers or using a flat blade screwdriver. 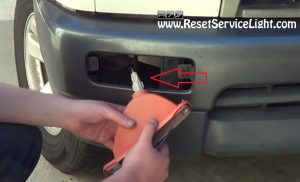 At this point, you can easily access the light bulb and service it if needed. You just have to rotate its socket counterclockwise. Replace the whole assembly, connect the harness back and tighten the two Phillips screws to secure the assembly. Pay attention not to over tight them, because you may damage the reflexive cover of the turn signal. These are the steps you have to follow in order to change the front turn signal assembly on Toyota 4Runner manufactured between the years 1996 and 1998.