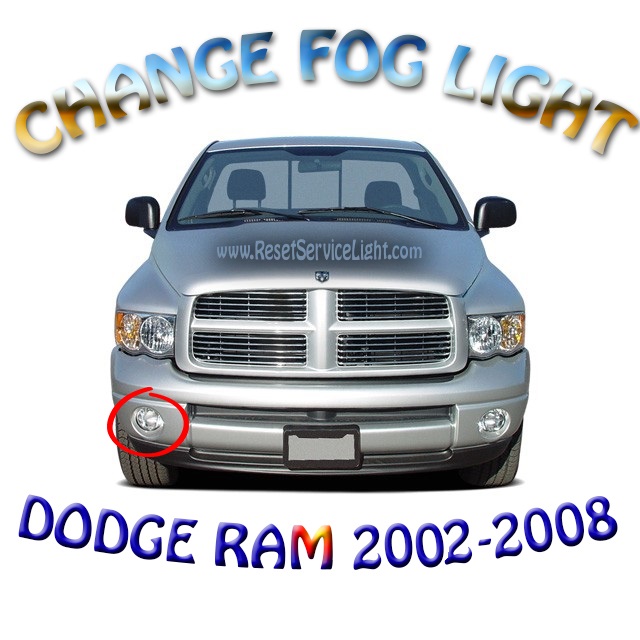 You can access the back of the fog lights very easily if you look behind the front bumper. If you just need to service a light bulb, you won’t have to remove the whole fog light assembly. You can rotate counterclockwise the socket of the bulb and install the replacement, as shown below. Be careful to avoid touching the glass part of the bulb, because that could shorter its lifetime. 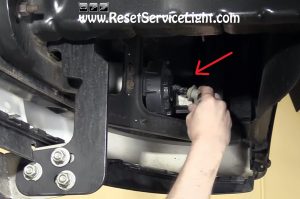 But if you need to change the whole fog light assembly, disconnect the harness powering the bulb and remove the three bolts holding the assembly in place (indicated in the next image), using the 10 mm socket wrench. 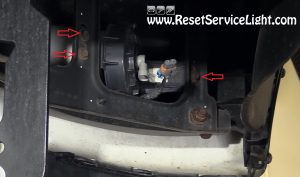 After you remove the bolts, the assembly will come out very easily. You can now install the replacement. Make sure you align the new fog light assembly correctly and tighten its bolts. Reconnect the harness and you are done. This is all you have to do, in order to change the fog lights on your Dodge Ram 1500 made between the years 2002 and 2008.