Do it yourself, change the cabin air filter on your Saturn Ion, the model made in the years 2003, 2004, 2005, 2006 and 2007. To be able to make this particular replacement you won’t require tools, just a new cabin air filter from the local parts store. Servicing this filter won’t take you more than 15 minutes if you follow the simple steps below. 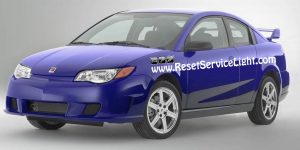 First of all, you have to open the front passenger’s door and go to your glove box. You will have to empty the glove box and then remove the two plastic tabs that stop it to open further, marked with red arrows in the picture below. You can do this by opening the glove box and by pulling from one side first, near the tab. After you pull out one side, move to the other and the glove box will finally come down, held only by its hinges. 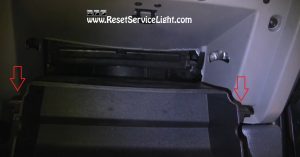 Right inside, on the middle, there is a little tab that you have to push up and it will release a small plastic cover that secures the filter. Pull the filter out and replace it with a new and compatible one (see next image). 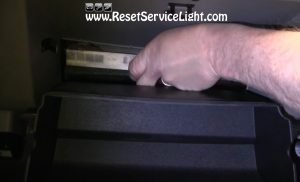 Be patient and work on the filter as you insert it in its compartment. It can be tricky in some cases. After you do it, secure the filter with its cover and then reinstall the glove box. This is everything you need to do, if you wish to change the cabin air filter on your Saturn Ion, produced between the years 2003 and 2007.