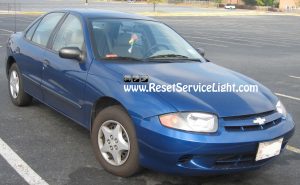 First of all, open the trunk of your car and remove the two plastic screws shown in the image below, that hold the inner liner of the trunk. You can do it very easily using your fingers. In the image is shown the left side of the car, but the procedure is identical for the right side. 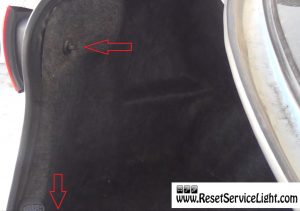 After you remove the inner cover, you will gain access to the brake light bulb, as shown in the picture below. Unplug it by turning its socket clockwise. 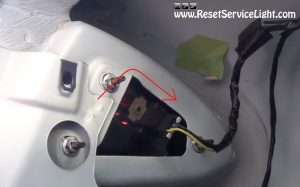 If you need to replace the light bulb mount, disconnect the electrical harness and install a new mount. If you wish to replace the bulb, pull out the old one and install the replacement. You should not touch the surface of the new bulb because the grease on your hands can shorter its lifetime. Wrap it in a rag or use hand gloves to avoid touching it. After that, install the assembly back on the car and secure it by turning it counterclockwise, this time. At the end, reinstall the trunk inner cover and secure it using those two plastic retainers. This is all you have to do, if you wish to change the brake light bulbs on your Chevrolet Cavalier, made between the years 1995 and 2005.