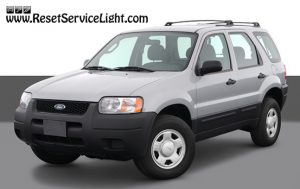 First of all, open the hood of your car and go to the battery. Using a 10 mm socket wrench or a simple wrench of the same size, remove its negative cable, first. You will recognize it very easily because it is usually coloured in black (marked with the blue circle in the next picture) and has the “minus” symbol on the battery case. Then, you will have to remove the positive terminal cable. This one is usually coloured in red (marked below with the red circle) and has a “plus” symbol. 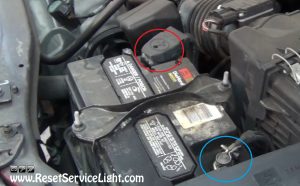 After you do it, you will have to remove the bracket holding the battery. You can do it very simply using a 12 mm socket wrench or a simple wrench of the same size and removing the two nuts shown in the image below, with it. 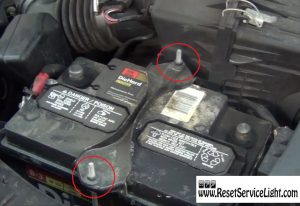 After you detach that bracket, you can basically lift up and remove the old battery (don’t forget to wear protective gloves). Then install the replacement. Make sure the new battery is suitable for your car. To finish the replacement process, install that bracket back and plug back the terminal cables after you clean them using a piece of sandpaper or an abrasive tool. Make sure you install the positive cable first and then the negative one and that’s it. This is all you need to do, in order to replace by yourself the battery on Ford Escape, produced between the years 2000 and 2006.