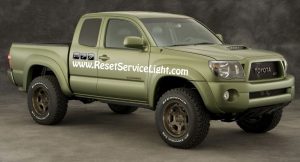 First of all, after you open the hood of your car, go to the air box (the black plastic box situated behind the headlight, on the passenger’s side) and remove the clamps that hold its lid, as shown in the image below. You can do it very easily by hand. There are no tools required. 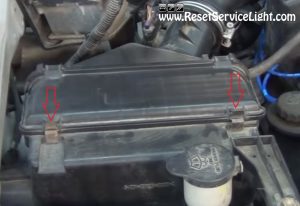 This will give you the possibility to lift up the lid of the air box, and access the old air filter, as seen in the next picture. 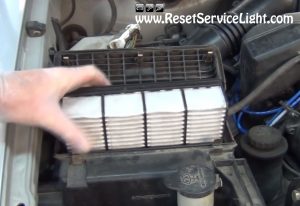 At this point you can install the new filter, but only after you make sure the new one looks the same. Always compare the filters, just to be sure. To finish the whole process, close the lid of the air box and secure it with the two metal clamps. That is all you need to know and do, if you wish to change very easily the air filter on your Toyota Tacoma, the model produced between the years 1994 and 2004.