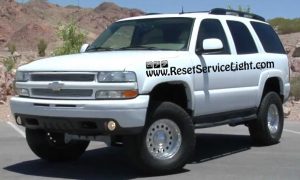 In the beginning, open the hood of your car and get behind the headlight, on the passenger’s side. There you will locate the air box, which contains the filter you wish to replace. You just have to remove the four screws that hold the lid of this box, as shown in the picture below (we marked the visible screws with red circles, the other two are on the right side, next to that intake metal clamp). 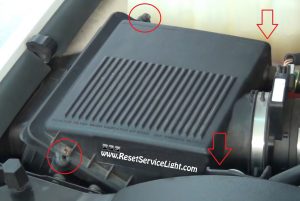 You should be able to remove them without much effort, using the screw driver. After you do it, lift the top cover of the air box and remove the old air filter, as seen next. 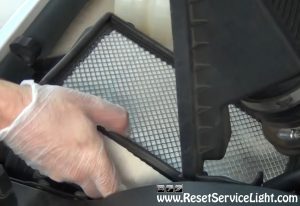 Use a rag or a vacuum cleaner and clean the dirt and debris inside the box. After that, you are ready to install the new filter, but only after you make sure the new one has the same shape. Always compare the filters, just to be sure you install the proper one. Then close the air box and secure its lid with the four Phillips screws and that’s it. These are the steps you need to follow, if you wish to change the air filter on your Chevrolet Tahoe, the model manufactured between the years 2000 and 2006.