DIY, change the air filter on your Chevrolet Equinox, the model produced between the years 2010 and 2016. This replacement is very simple and you can do it in under 10 minutes if you follow the steps below. You will only require a T15 torx screwdriver and a new filter from your local auto parts shop. 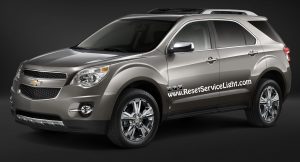 In the beginning, you should open the hood of your car and locate the air box. This is the air filter’s compartment and is situated behind the headlight, on the passenger’s side. Using the T15 torx, you have to remove the four bolts marked in the picture below, in order to get access to the air filter. 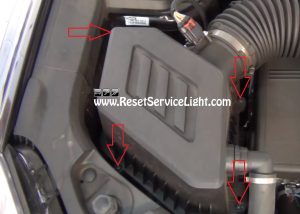 After you do it, lift up the cover of the air box and remove the old air filter, as shown in the image below. Check the bottom side of the box for dirt and debris and clean everything. 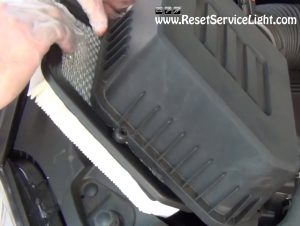 Replace the old air filter with a new, compatible one and after that, finish the process by sealing back the air box with the four torx bolts. These are the simple steps you need to follow if you plan to service by yourself the air filter on Chevrolet Equinox, the model made between the years 2010 and 2016.